Selfish genes and the meaning of life

Using selfish genes to ponder the meaning of life, and what the alternatives might be


Some time ago, I wrote about the meaning of life, and stated that while there doesn't seem to actually be one, that's the way I would prefer it: that any imposed meaning would detract from the wonder of the universe, and that the freedom to decide our own fate is the best of all possible alternatives.

However, that article missed out two fairly important points. First, what does science have to say about a possible meaning to life; and second, from whose point of view are we actually considering there to be a meaning? This post addresses both points.

All the major religions have some concept of a meaning to life, whether it be for our own personal enlightenment or the glorification of some ineffable higher being. These sufficed for a time, but as scientific understanding progressed humans began to ask the ultimate question in earnest: what are we here for? What is it all about? Attempting to answer such questions has driven many branches of science, in order to try and understand the world and our place in it - from a geological explanation of why the land on Earth is as it is, the physics of how the Earth, moon and sun came into being, to attempts to understand the origins of the universe itself.

However, these merely explain the backdrop, and it is to biology that we must turn to understand the origin or purpose of humanity. While explaining meaning and purpose can be considered rather lofty goals, I think that they are actually addressed quite satisfyingly by the explanation of how our species became to be, because in understanding how it happened, we get the answers to why it happened. The primary reason as to why we are here must be evolution: the process of adaptation, survival and selection that led to the emergence of our species over tens of millions of years. This provides a fairly succinct answer of why we are here: because our ancestors were here, and they were good at it.

But to find 'meaning' in this, we need to dig deeper. The mechanics of the process are well understood, but that is not quite the same as the reason it happens - that is, what ultimately drives evolution? Perhaps the best explanation of this is to consider it not from the point of view of species or organisms, but to take the gene's-eye-view of evolution: a perspective which was popularised in the 70s by Richard Dawkins's book The Selfish Gene, and draws on the work of many evolutionary biologists such as W.D. Hamilton and Robert Trivers. The basic idea is that genes are the fundamental unit of selection, and that good genes are ones which confer some advantage to their host, and so are more likely to be passed on to future generations.  This means there is no guiding hand on evolution, nor any sort of 'good-of-the-species' consideration - the only mechanism required is that genes are passed down through the generations, and the gradual development of their host organisms is a consequence. Complex life was never part of a 'plan'; but once the first primitive replicators, whatever form they may have taken, were forced to compete for resources against their neighbours, the race was on to survive.

This is quite important when considering a scientific answer to the meaning of life. The reason that humans, or any other animal, lives, is in order to propagate the genes it carries. If a species is not good at this, it will die out, while genes conferring improved survival are retained, leading to the vast array of incredibly complex survival machines we see today. To the extent that any organism can be seen to have a purpose, it is to reproduce and pass on its genetic material - anything that happens afterwards is largely irrelevant to its genetic legacy, and the diverse and bizarre behaviour of birds, bees, plants, and mammals can be explained by taking this gene-centric, rather than individual-centric, view of life.

But can it really be that the purpose of life is merely to pass it on? Doesn't this seem both self-serving and pointless? In a way, yes, but it is the only answer that makes sense. Genes are passed on simply because they are good replicators, and the evolution of complex life is nothing more than the best way of replicating genetic material. As Dawkins makes plain in his books, this is not because genes are conscious entities with a will to survive, but simply that they are sets of instructions which will be copied, and the best at being copied will be copied more. There is no need for any thought or intelligence in this, merely the mechanism for replication and a criteria (survival) by which fitness is defined; our own success, intelligence, creativity and technological accomplishments are just examples of successful strategies that genes have found to survive, much as claws, echolocation and venom are successful gene transportation mechanisms in other organisms. 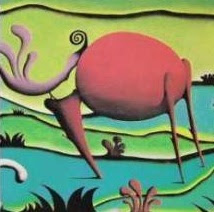 Thus the meaning of life can be seen not even as a desire for our own reproduction, but rather as the propagation of genetic material, which is as invisible to us as we transport machines are to the genes themselves. The 'meaning' of all of this is that good genes will be passed on, and our 'purpose' is to facilitate this transfer. We no longer need to ascribe some divine or spiritual intent, or speculate endlessly about what it's all for, because science has provided the most succinct and plausible answer: we are here because it is convenient for genes.

At first glance this may appear somewhat bleak, but as I said before, the absence of any particular meaning is not a problem. If our lives are merely a by-product of low-level replicators, that should not matter: passing on genetic material may be what we are 'for', but it is not all that we can do. We are here, and we can do great things, and whether or not this benefits our genes does not have to matter to us, now that we have evolved the intelligence to comprehend it. Indeed, rather than being slaves to genetic determinism, we can actively work against our genes' best interest, via contraception, care for the weak and sick, life-preserving technologies and genetic engineering. The 'meaning' of our existence is the survival of genes but we have already shown that we can move so much beyond this, and decide our own future. Indeed, it is quite empowering to think of it this way: we have pulled ourselves up from amongst the animal kingdom and into the stars, even though it was never meant to be our purpose. That we have achieved so much without divine intervention or controlling factors is impressive, as I said before; that we did it even though our 'meaning' or 'reason for existing' are nothing to do with it is even better. 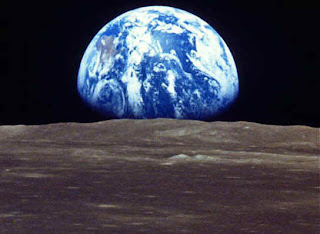 Even so, I can imagine some people being uncomfortable with this reductionist view of human existence. Assuming evolution is true (it is), does that mean we have to take the gene's-eye-view of life? Why does that mean we don't have another meaning assigned to our lives, and replication of genes was merely the mechanism by which it was implemented (implausible but worth considering). Does the selfish gene model have to be the only way to think of our purpose, or can there be others?

These questions are worth exploring, because they beg the question of who's point of view the 'meaning of life' is to be evaluated from. There has to be some perspective from which meaning is defined, otherwise it makes no sense as a concept. The universe does not care about us any more than it cares about the collision of rocks in space - and even then, that would be ascribing thought and intention to some abstract entity, even if it is 'the universe' as a whole. So the question of the meaning of life, if not yet answered satisfactorily, must address this: from who's point of view are we asking?

First, consider our own point of view. It is a valid question to ask, from our vantage point as intelligent beings, what our purpose is for being here (so not the scientific reason as above, but what it means to us). However, I would argue that trying to decide our own meaning of life for our own purposes, and having no a priori imposed meaning, are exactly the same, and is basically the situation I described before. So, the question of a meaning of life at this level is resolved in that it doesn't make sense to think that there can be one: we are free.

On the other hand, what other point of view could there be? As I mentioned at the beginning, one historically prevalent concept is that it is from the perspective of a supernatural being that this question must be considered. For example: the meaning of life is to be good, devout, pious, and subservient, from the point of view of God. That would make sense logically, since it is God, not humans, who decide the meaning, and so humans do have a meaning for their lives (even if it isn't a very nice one to think about). Or, to take another example: the meaning of life is to live humbly and compassionately, in order to be re-incarnated in a better situation in a future life from the point of view of whatever karma or divinity makes the decision. The problem with all of these ideas is that they invoke supernatural entities to be the source of meaning and judges of our actions - for this to be the meaning of life, they would need to actually exist. Obviously, no evidence exists for God or any other super-human intelligence, but that is not the point here: my point is that if anyone wants to advance any alternative candidate for the meaning of life, other than the make-it-up-for-ourselves model that I have outlined, based on the indifference of the underlying selfish genes, they must choose a point of view from which this meaning is defined, and provide evidence that it is real.

So we are left with scientific explanations of the world, which as I said have made considerable progress in understanding why everything is here. To date, the most compelling and convincing explanation of why humans exist is the gene-centric model of evolution: root through all the scientific discoveries which tell us how the universe, this planet, or our species came into being, and this is the theory which goes furthest to tell us why we are here, and what the purpose of our continued existence really is. Given all the possible alternatives, all the variety of ways that meaning could have been assigned, I'm very glad we have one that gives us the option to choose for ourselves; and that we can choose to overrule our genetic programming and to do what we think is right. The selfish gene may be the meaning of life, but what we do with it is up to us.